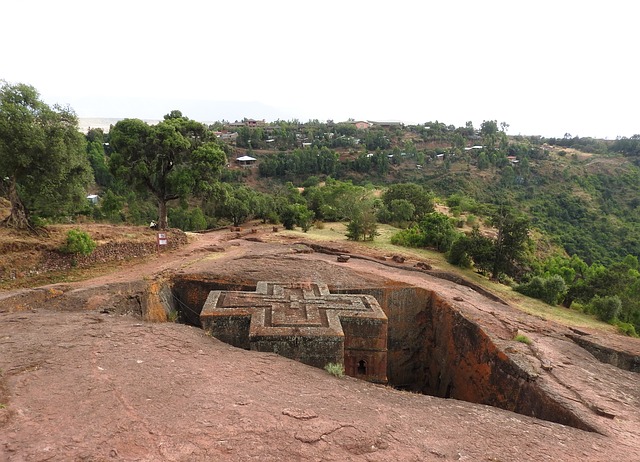 Ethiopia lies in the tropics, but due to its high location it has different climate zones and a rather moderate climate. Up to an altitude of about 1500 meters, the tropical hot zone, called Qolla by the locals, is mainly located in the north and east of the country. The average annual temperature is around 27 degrees or higher, and rainfall reaches a maximum of 500 mm per year. Between 1500 and 2500 meters altitude one finds the warm-moderate zone (Woyna Dega). It is located in the centre of Ethiopia. The average temperatures are between 20 and 25 degrees, the annual rainfall between 500 and 1500 mm. At even higher altitudes the climate is cool (Dega) with an annual average of around 16 degrees. The precipitation amounts reach 1200 to 1800 mm in the year. In heights over 3900 meters it comes also to night frosts and snowfalls. There are generally two seasons in Ethiopia: the rainy season from June to September, in which the southeast trade wind with humid air from the Indian Ocean provides large precipitation; and the dry season from October to May, in which apart from the so-called small rainy season in February and March almost no rain falls.

For trips to Ethiopia we recommend the months November to January. This is when it is mostly dry and the temperatures are the most pleasant.