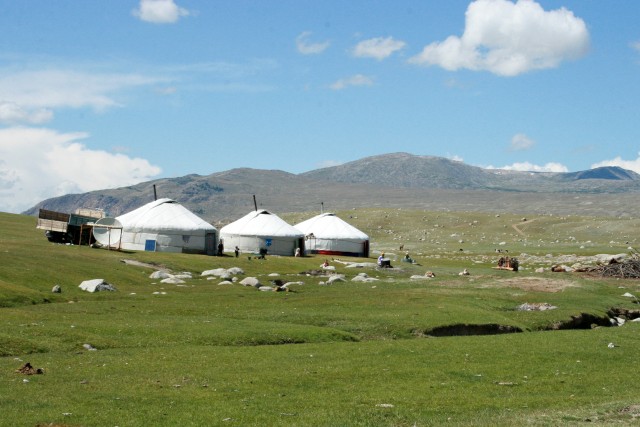 Due to its location in the Central Asian highlands, Mongolia has a strongly continental climate. The winters are long and dry with arctic cold temperatures. Summers are warm to hot and humid. The transitional seasons spring and autumn are only a few weeks long. Temperatures can vary greatly between day and night. Differences of around or above 30 degrees are not uncommon. In summer, the average maximum temperatures are usually between 20 and 30 degrees. It is colder in the north than in the south. In winter, temperatures in the north can fall below minus 30 degrees. In the south, too, there is severe permafrost. The most extreme temperature fluctuations occur in the Gobi desert. In summer the temperatures can climb up to 45 degrees, in winter they sometimes drop below minus 40 degrees. The annual rainfall in Mongolia is quite low. In the north they are around 400 mm, in the south partly only around 100 mm. Most of them fall in July and August.

A trip to Mongolia is best done in June or September. Then you avoid heavy rains and muddy roads, and there are not quite as hot temperatures. From October to April snow storms and extreme cold can occur and many roads in the country are impassable.