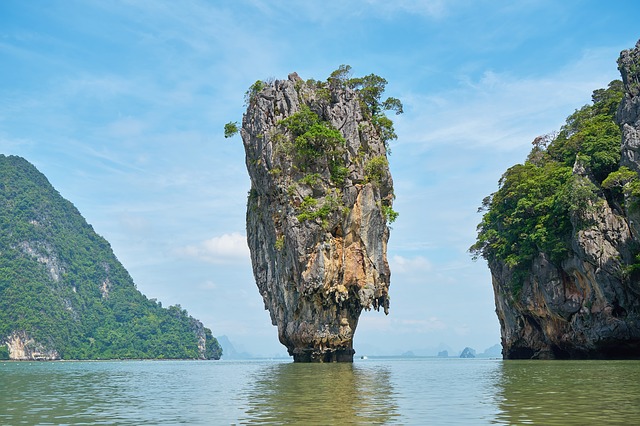 Thailand's tropical climate can be divided into two zones. In the north, the savannah climate is alternately humid and strongly influenced by the seasonally changing monsoon winds. In the rainy season from June to October, the southwest monsoon provides hot but also humid weather conditions with partly torrential rainfalls. In the dry season from November to February the northeast monsoon brings drier and somewhat cooler weather. From March to May it is warmest during the "Thai summer" with maximum values of partly over 35 degrees. In the south and southeast of Thailand the climate is more humid with smaller seasonal temperature fluctuations. Rainfall is also more evenly distributed throughout the year. In the extreme south of Thailand there is even a tropical rain forest climate. Depending on the region, the annual rainfall in Thailand is usually between 1000 and 3000 mm per square meter and increases from north to south. In the dams of the mountains, the rainfall can be more than 5000 mm per year.

For a trip to Thailand we recommend the months November to March. Then there is no heavy rainfall and the temperatures are the most pleasant.