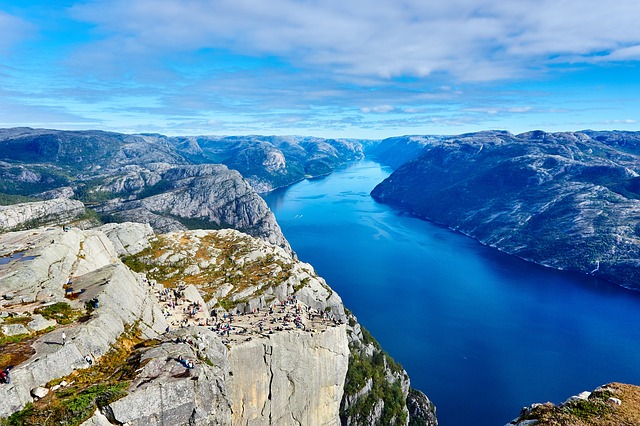 Norway is characterised by two different climatic conditions. In the west and southwest there is a relatively mild maritime climate with a lot of precipitation, and in winter ice-free coastal waters. The mild coastal climate is separated by the Scandinavian mountains from the continental climate in the east of the country. There the summers are warmer, but the winters are much colder and longer. The warmest months in all regions are July and August. The average monthly temperature in the west is usually between 16 and 18 degrees, in the east monthly temperatures of up to 23 degrees are reached. The largest amounts of precipitation fall predominantly in the autumn and winter months. In the west annual precipitation of over 2000 mm per square metre is reached, in the east it is usually well below 1000 mm.

Due to the sometimes very long winters, the best time for summer activities is between June and August. But also in winter the country has its charms. From November to February you have the best chance to observe the northern lights.