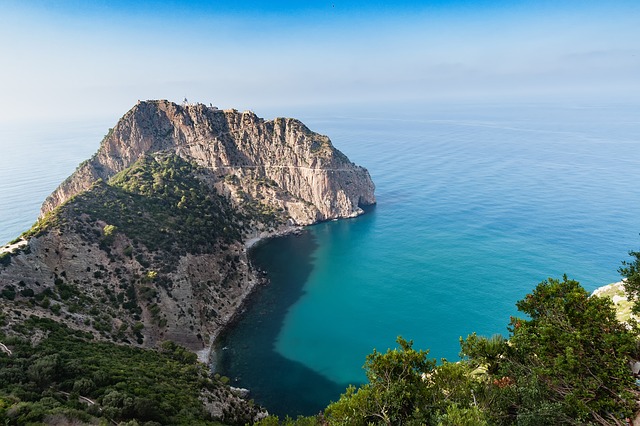 Algeria's climate can be divided into three different zones. In the north there is a Mediterranean climate with warm and dry summer months and mild but rainy winters. The highest values are in summer mostly between 25 and 31 degrees, in winter between 15 and 18 degrees. In the middle of Algeria lies the Atlas Mountains. Here the climate becomes more continental with strong temperature differences between the seasons. In January, partly not much more than 0 degrees are reached, and it can also snow, in August, however, the thermometer climbs sometimes over the 30 degrees mark. The dry season in the summer months lasts somewhat longer than in the north of the country. South of the Atlas Mountains, the climatic conditions quickly change into a desert climate. About 80 percent of Algeria's land area belongs to the Sahara. Rain hardly ever falls. Daytime temperature fluctuations of more than 20 degrees are the rule. In summer, temperatures reach up to 50 degrees during the day, whereas in winter the maximum temperatures are on average only between 10 and 15 degrees, at night temperatures can drop below freezing.

The best time to travel to the coastal region and the Atlas Mountains is in the spring and summer months, when there is little rainfall. The months of October and November as well as March and April are suitable for desert tours and round trips, when it is not too hot during the day and not too cold at night.